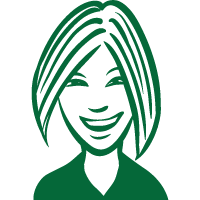 Hello, my name is Catherine. I have long loved animals and have had several of my own over the years. Sadly, I saw two of my cats suffer with feline cancer, one of my dogs had arthritis, and, of course, we faced the usual calamities and injuries pets often face. However, I have had to navigate this on a relatively restricted budget, and through the years, I have gotten quite proficient at that. I work at a library and love doing research on pets and veterinary care as well as a range of other topics. I also love to write so decided to put my info in a blog. Please, explore and enjoy!

Keeping Your animals Healthy and Happy Without Overspending

Four Foods You Want to Treat Your Cat With - But Shouldn't

Cats have a natural ability to employ their cuteness in order to guilt us into giving them as much food as possible. However, some types of food which owners commonly think make great treats can actually be quite harmful. Here are the top foods which you might want to give your cat – but shouldn't.

Cats just love tuna – but a little too much for their own good. Cats can actually become addicted to tuna very quickly, and may become so enamoured with it that they turn up their noses at anything else, so even tuna flavoured cat food should really be avoided.

Tinned tuna is even worse. It contains mercury which can lead to poisoning if your cat's diet contains large quantities, and the oil which it is packed in can lead to a painful condition known as steatitis.

Cats have been associated with milk for centuries, with numerous cultural depictions displaying their love for a saucer or two. However, milk is actually quite harmful for a cat – though they do enjoy the taste – and their protein-rich diet means that there's no real reason for letting them lap it up.

Kittens can actually digest milk without issue due to the fact that their bodies are still producing an enzyme known as lactase, which is needed to digest lactose. However, this enzyme diminishes with age, so cats lose their ability to deal with lactose as they enter adulthood. Drinking it after this will usually lead to diarrhea, and can put your kitty at risk of dehydration.

Like the saucer of milk, a juicy piece of raw fish seems like a natural meal for a cat, but this is far from the case. In fact, raw fish contains thiaminase, an enzyme which destroys the B vitamin thiamine. A deficiency of thiamine can lead to appetite loss, and could prove even to be fatal in cats.

Cooking destroys thiaminase, but you should still only ever provide fish on rare occasions. Cats actually get more of their required vitamins and minerals from meat sources.

Unlike raw fish, milk, and tuna, chocolate isn't a treat which is commonly associated with cats, and the feline lack of a sweet-tooth will mean that they are unlikely to beg for it.

However, many owners will still give a small piece of chocolate as a treat simply because it's so popular among humans. Unfortunately, chocolate contains theobromine, a substance which is highly toxic to animals. Even a small chunk of chocolate can prove deadly.

There are plenty of wet and dry food options on the market, as well as numerous treats for cats, so you should never need to opt for any of these more dangerous alternatives.

For more information about how to care for your cat, contact a clinic like the Ivanhoe Veterinary Clinic.